When buying something in the store or market, it pays to know a bit about the kind of product we are eyeing.

That is why if you want to get into the trend of buying eco-friendly products like solar panels, you’d better do a little bit of research on them.

Most solar panels can have a wattage of about 250 to 400 watts, so if you are on a budget but don’t want to have the minimum, a 300-watt solar panel would be perfect. The question is, how much power does a 300 watt solar panel produce?

Okay, first, we have to establish your knowledge about solar cells. A typical solar panel can contain about 60 photovoltaic (PV) cell squares, but some can contain 72 solar cells. 72-cell panels are a foot taller than your standard 60 solar cells and are used mainly for commercial purposes.

Solar cells can be less thick than four strands of human hair. So for them to withstand the harsh elements and the ever-changing weather, they are sandwiched between protective glass or plastic or both. This way, your solar panels can last you for many years.

But even though A PV cell is thin and small, and it can create 1 to 2 watts of energy. That sounds very little. So PV cells have to be connected with other PV cells to gain more power, thus forming solar panels. You can connect different solar panels, which will then become a solar array.

Bottom-line is, the more 300 watt monocrystalline solar panels you have, the more power you can produce.

So How Much Energy Does A Typical 300w Solar Panel Produce 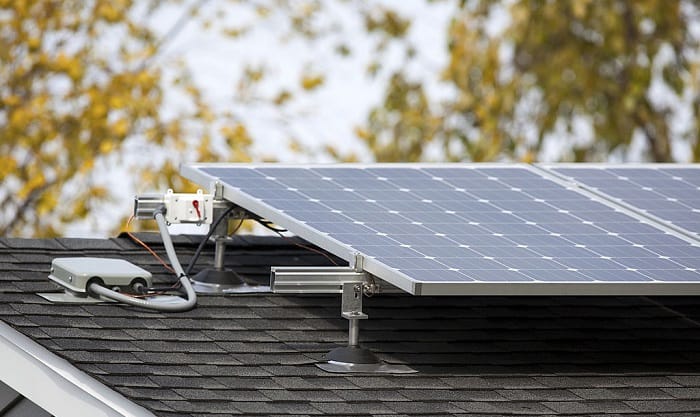 Solar panels are tested first in laboratories to see how much electricity they can produce during optimal conditions. These tests are called STC or Standard Test Conditions. Electrical output is then measured in watts.

Your solar panel may be able to produce 300 watts of power per hour, but that is only in the best conditions. There can be a variety of factors that affect sunlight in the outside world, one of which is your location.

If you live in a place where you cannot receive much sunlight, your solar panels cannot constantly produce 300 watts of power.

Shade, like passing clouds and whatnot, can also affect energy production, even if only a part of the panel has been shaded.

The position of the sun can also reduce the amount of power generated. That is because the sun cannot directly hit your solar panels in the early mornings and late afternoons, unlike in the middle of the day.

Multiply that by the number of solar panels you have, and you will get an estimated amount of how much power your solar array can produce.

How To Know How Many Panels You Need For Your House 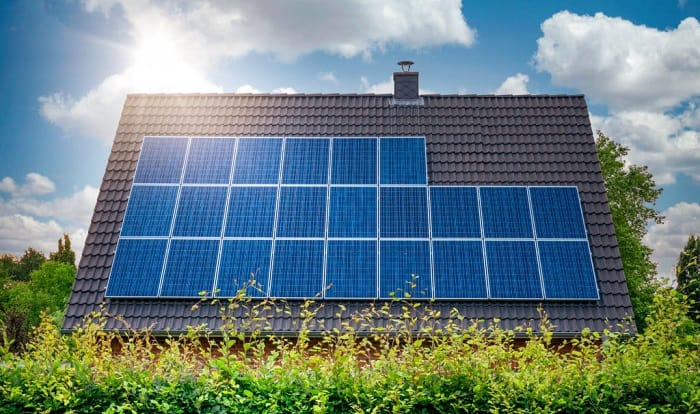 There can be many appliances in a typical home. So before you install some solar panels in your house, determine how many appliances you want to be powered by solar energy. A typical American home would have an annual electrical consumption of 11,000 kilowatt-hours.

But this will still depend on how frequently you use your appliances like your refrigerators, air conditioning units, lights, TV etc.

If you have a 600 watts air-conditioning unit and use it for about 6 hours per day, your total consumption would be 3.6 kWh per day. This is more than one 300W solar panel can produce in a day, even with full sun exposure for 8 hours, which is 2.5 kWh per day.

Budget can be a problem for some, so if you cannot afford enough solar panels to run everything in the house, you can choose a few appliances to be powered by them. It will at least lower your electric bill to a significant amount.

Another thing for you to look at when choosing a solar panel is the efficiency rating. This will measure how much sunlight will be converted for usable energy. The higher the efficiency, the fewer solar panels you will need for your energy consumption, but the price will also increase for the solar panel.

A typical solar panel would be 15% to 20% efficient. High-quality panels will exceed that.

Installing solar panels in your home is one of the best options to be eco-friendly. Plus, your electrical consumption will also lessen, lowering your electrical bill. But it’s important to do some research, first, like how much power does a 300 watt solar panel produce and how many will you need to install?

It may sound complicated, but it’s a necessary effort so you will have an estimated budget on the number of solar panels you will need for your home. So before you install those solar panels on your roof, be sure to remember what you have read in this article.